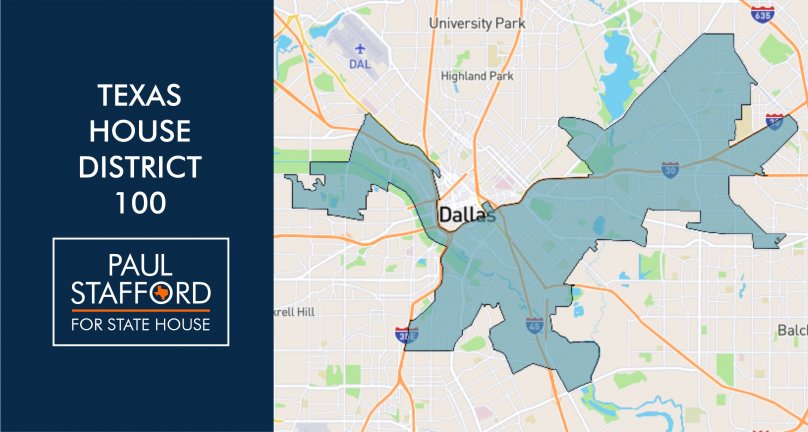 Texas House District 100 ranges west to east across several diverse neighborhoods. The district includes West Dallas, South Side, parts of Oak Cliff, South Dallas and Fair Park, and to the east and north, Buckner Terrace, Hollywood Heights, and Forest Hills. Each of these areas has varying demographics and challenges.

As State Representative, Paul Stafford will focus on core issues such as strong public education, access to health care, economic development and jobs, public safety and justice reform. He is especially interested in assisting areas of the district that have been neglected.