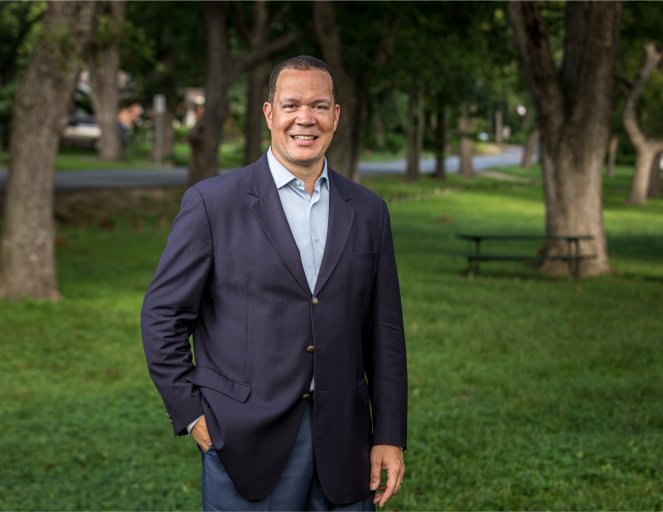 TRACK RECORD OF LEADERSHIP AS AN ATTORNEY, EDUCATOR AND COMMUNITY VOLUNTEER

Paul K. Stafford received his Bachelor of Science (Political Science) from Texas A&M University in 1990, and his J.D. from Texas Tech School of Law in 1994. He is licensed in all four Texas Federal District Courts (Northern, Southern, Eastern, and Western). He has served the Dallas community as an attorney, civic leader and community volunteer for all of his adult life.

Paul’s legal career is extensive. Early in his career, he served as an Assistant Criminal District Attorney in both Denton and Dallas counties. Afterwards, as a civil litigator, he worked at a large law firm, and he then operated his own private law boutique for ten years. He is now a seasoned litigator with Thompson & Knight LLP.

Paul has been voted by his peers as a “Super Lawyer” every year for approximately 15 years, and has been recognized by local, state, and national publications. He is also the only African-American male to serve as President of both the J.L.Turner Legal Association (2002) and the Dallas Bar Association (2012).

During his career, Paul has tried more than 200 cases to verdict, including approximately 100 criminal cases (primarily violent crimes, drugs, organized crime, and white collar) as a former state prosecutor in two Texas counties (Denton & Dallas Counties) and as a defense attorney, as well as approximately 100 civil cases (including insurance, business and complex commercial litigation, and intellectual property litigation).

Paul is a frequent speaker and lecturer, and has written and presented numerous articles, papers, and CLE presentations on insurance, e-discovery, cyber-security and litigation. Clients trust Paul with their most sensitive matters because of his ability to implement a comprehensive representation strategy that mitigates the collateral consequences that can be associated with complex civil and criminal matters.

Paul brings that same trusted commitment to his service to the community. He is actively involved with DISD schools and numerous community organizations, including Habitat for Humanity, Boys and Girls Clubs of Greater Dallas, Big Brothers and Big Sisters, and Camp John Marc, as well as providing service and financial assistance through his professional involvement.